From The Stadium To The Streets: 48 Hours of Madness

From The Stadium To The Streets: 48 Hours of Madness 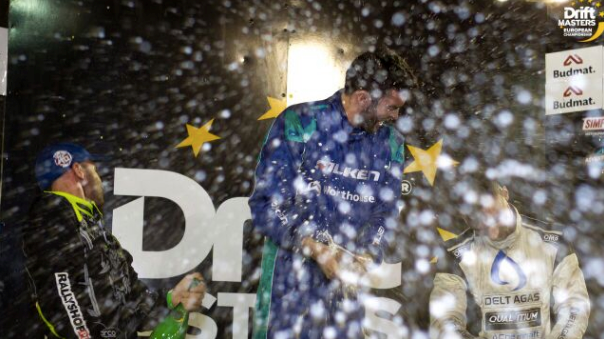 The fourth round of the 2018 Drift Masters European Championship took place at Motoarena Toruń, inside the huge speedway stadium on a custom-build drift circuit unlike any other in the world. With James Deane leading the standings going into the event, the entire roster of international drivers were gunning to take down the champion. They’d have to bring their A-game, as James bolted straight out of the gate in qualifying, snatching the top spot with a near-immaculate, fast and accurate 93-point run.

James’s event was about to take a turn for the worse, however, as during a high-speed practice run before the main competition, his engine cut out, causing the car to grip up and firing him into a wall, badly damaging the front suspension and bodywork. Dramatically, James made it to the start line for his Top 32 battle with Bartosz Stolarski with just 30 seconds to spare, and driving through problems with the car, James would best Stolarski, heading into the Top 16.

In the Top 16, James’s night would get even tougher, as he faced Finnish champion Juha Poytalaakso in a battle fit for the finals. Two very close battles ensued, with James doing enough to book a place in the Great 8.

In a replay of the finals at the last round in Riga, James’s Great 8 opponent would be Grzegorz Hypki; the man immediately chasing James in the championship standings. As James led the way in run one, Hypki would follow too closely making a big error, forcing a straighten and handing James a big advantage. They switch places and, in run two, James matches Hypki’s immense pace, putting on a masterclass in chase driving – James is in the Semi Finals. 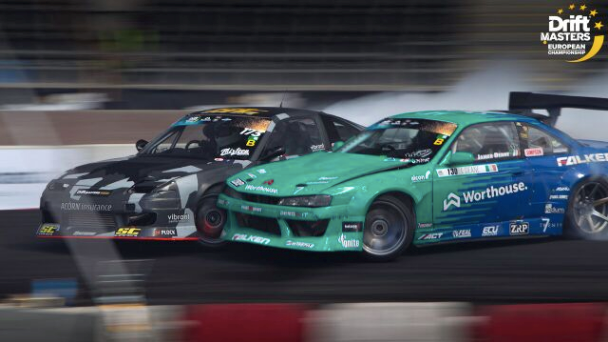 Next up is Poland’s Pawel Borkowski. James and Borkowski have enjoyed epic battles many times before, and yet another chapter in this grudge match would conclude in Toruń. Early mistakes from Borkowski hand James an advantage, although the Polish driver would claw back proximity towards the end of the run. Run two and James would chase hard, bumping Borkowski around the circuit with a clinical run. The judges had seen enough – James was in the Finals!

James’s final obstacle would be Pawel Trela; a former Polish and European champion hungry for a return to glory. Under the floodlights of the colosseum, James’s bloody battle for the podium was almost complete. Straight into run one and James leads with Trela on his door. James’s lead run is precise and exactly to the letter, with Trela chasing at a safe distance. Trela isn’t terribly close, but makes no mistakes – now James needs an exacting chase run, but even closer, to take the win. Run two and the final battle gets underway – James bursts into the first corner, immediately on Trela’s door. A tight battle follows, when suddenly Trela hits the wall with the rear of his car, leaving James nowhere to go but into the side of him. Trela’s car is sandwiched between James and the wall, impacting again – this time at the front – while James manages to dodge a bullet, his car bouncing away from further damage. It’s not the ending that James wanted to see, but Trela is uninjured and the decision is obvious – James Deane takes a second consecutive victory at Drift Masters European Championship!

An exhausting event in Toruń for James and his weekend wasn’t over yet – a private jet, provided by Red Bull, swiftly transported James and two other drivers from Poland to Liverpool for Sunday’s showcase Drift Shifters event, which took place in front of the Royal Liver Building in the Maritime Mercantile City. Landing just hours before the event started, James had to quickly adjust from his bruised and battered 2JZ-powered S14, which he left in Poland, to his SR20-powered RX-7 demo car, which was waiting, fresh and ready, in England. This would also be James’s first time driving the car with a new powerplant following a rebuild.

In complete contrast to a traditional drift event, Red Bull Drift Shifters flips the competition format on its head. Points are scored on solo runs, and without judges, but rather via proximity and angle sensors, with multipliers and combos possible for linking parts of the course. Drivers are free to decide their own line and route around the obstacles – much like a pinball machine! Due to the time constraints of the event, and in front of a packed crowd of onlookers from around the world as well as the Red Bull TV cameras, James got just one practice run around the tricky freestyle circuit before he was straight into qualifying. Without breaking a sweat, James racked up a score of just over 4,000,000 points in qualifying, putting him into the next round in fourth place.

In the Quarter Finals, James bettered his original tally, thrilling the Liverpool crowd with a score of over 4,270,000 points, but leaving his mark on the course on the way. With Drift Shifters rewarding proximity, it was inevitable that the odd battle scar would be gained! Unfortunately, Formula DRIFT driver Forrest Wang would then pull his best score of the day out of the bag on his Quarter Final run, knocking James down the standings, into fifth place, and out of the event.

James commented: “What an action packed weekend from start to finish! From a Drift Masters win on Saturday night to having an absolute blast at Red Bull Drift Shifters on Sunday, it was a weekend that I will never forget! I would like to thank our team, sponsors and all involved in pulling off two incredible events”. 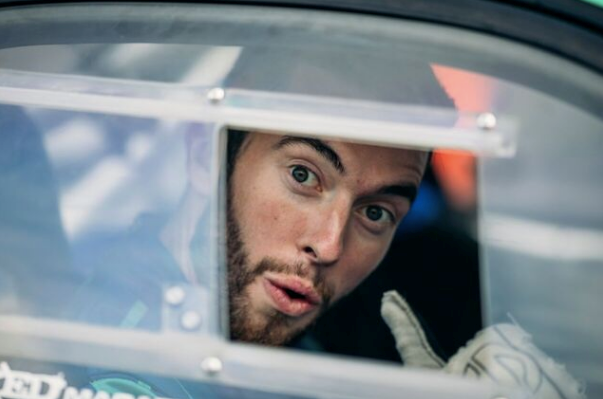 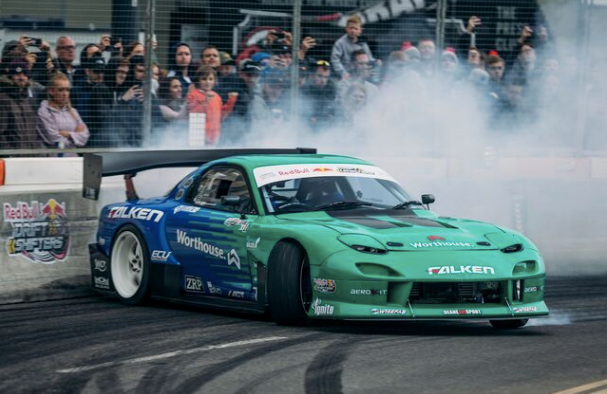